The manor was built by Papszász Lajos at the beginning of the 19th century, in Classicist style. After the Second World War, the manor hosted the Collective Agricultural Offices, then in the 90s the manor hosted balls. Today, the manor is the property of Săcueni Town Hall, but it stands empty, and its state is degrading every day. 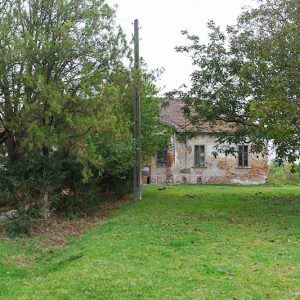 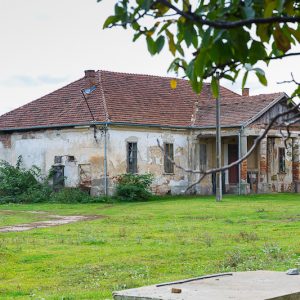 A large driveway was built opposite to the main facade of the building with a rectangular ground plan. Its tympanum is supported by four columns with plinths and Tuscan capitals. The sides of the main entrance are decorated by 3-3 wall pilasters with capitals. Between the first two pillars, on both sides, there is a jack-arched window.The main entrance is accessed trough a staircase, which contains the entrance doors leading into the cellar. On the main facade, the two sides of the portico are defined by a couple of jack arched windows with frames and window sills. The rear facade contains a terrace, which can be accessed through stairs. The building has jack arched windows and above the fenestration, the terrace also contains a false window. The manor has a dining room, a large room with meander decorations, as well as several small and large living rooms. The estate also contains a better shaped granary.