The Pataky family bought the property in Deaj in the 19th century. The neobarock-style mansion itself was built in the 19th century as well. At the core of the building there is an one-storey building with rectangular layout composed by two parts, which is connected to several edifices. 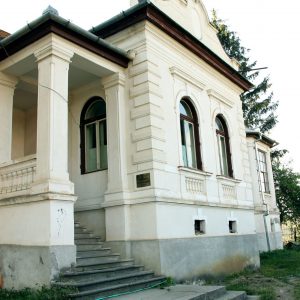 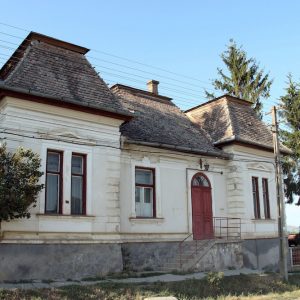 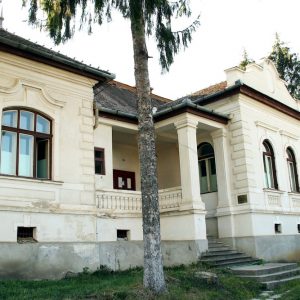 The western facade of the building is simple and classic, and it can be accessed through a small park. This side of the building is defined by a small porch, which is surrounded by four rectangular pillars, with two Tuscan columns and a balustrade of cones between them. The southern facade, the one facing the street, shows best that two corner risalits with a pediment, and with large double windows, were added to the core building. Later a side-entrance was added between the two extensions. The eastern facade of the building is the most decorative, and richest in various architectural elements.  At the central axis of the building, a baroque-style risalit was built, with windows that close with a half-circle arc. Two of the windows overlooking the garden are highlighted by straight window sills. On the left side, the corner risalit is visible from the street facade, and it has large windows that close straight. Between the two buildings there is a pillared entrance, and a small porch, which can be accessed through a simple flight of stairs. A hexagon-shaped pavilion, the jewel of the building, is attached to the right corner of the eastern facade. Originally, it could have functioned as an open terrace. Its baroque-style roof is held by five tiny Tuscan columns. The corners of the building are decorated by ornaments.

The mansion was ready by the beginning of the 20th century, and at its primetime the estate contained a beautiful park, a tennis court and a rowing pond. After the nationalization process, the mansion hosted several institutions. In 1968 it was transformed into a medical office. In 1972 and in 1948 renovation work processes were undertaken. In 1996, the mansion was restored to the heir Hídi András, who leased it to the institutions operating on the site.