The manor house is situated at the northern part of the village, on a slightly steep terrace formed by the Feketeügy river. Its layout is almost square shaped, it has four rooms, its steep hipped roof is covered with tiles. At the central axis of its western side there is a portico with arcades and a tympanum. 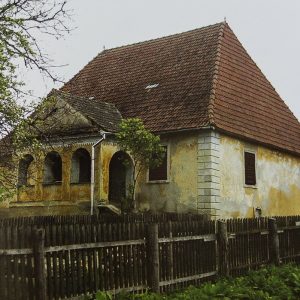 Along the eastern side of the building there is a narrow, covered wooden porch running. Under the porch today there is the entrance to the basement. The building is very modest - the only ornaments it has on the outside are the squaring imitations made of plaster on its façade, and its simple but eye-catching windowframes and shutters.