The manor house is situated at the south-western part of the city, in the neighbourhood previously called Szemerja. It is the city’s only Baroque-stlyle manor house which is still intact and more or less preserved in its original form. It has a rectangular ground plan, it is perpendicular to the main street, and it is similar in style to the houses in the Țara Bârsei region of Transylvania. 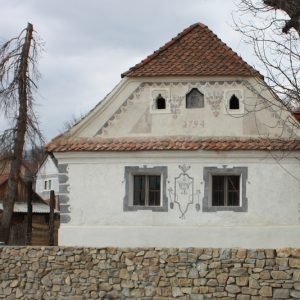 The house was built of ashlar, and it has only two rooms. In the first room there is a sign with the year when it was built and with the names of its commissioners: József Serestéj and Sára Móritz. The entrance to the basement is on the side facing the street. The originally domed entrance has been replaced with a concrete balk. No utility buildings have remained intact on the estate.

In 2009 a young local architect bought the house. He started to explore the building one year later, and he found special elements like Renaissance-style flower ornaments at the corners and on the façade of the building.