The western facade of the manor house is asymmetric - it has five windows to the left of the main entrance and three to the right. Three windows out of five are false windows, each of them being perpendicular to party-walls. 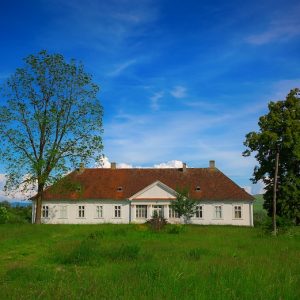 The neoclassic entrance of the manor is divided by four composite wooden-pillars. The building has a dining room of 9.5 x 7.3 meters, and besides it is composed of seven rooms, a kitchen, a bathroom and a stoke-hole. The domed cellar has two entrances: one from the south and one from the north.