Due to ongoing restitution proceedings, the local government that used the manor-house has moved out of the building, leaving it to fate. The lack of covering a minimum preventive maintenance resulted the destruction of the building. Currently, the ceilings have collapsed and the building has several spaces that are leaking. 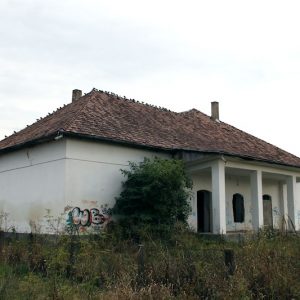 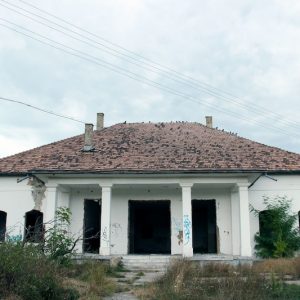 In 1553 the Diet at Torda asked King Ferdinand to offer the region of  Cristeștii Ciceului and Uriu to the nobles and Serbs who, fearing Ottoman retaliation, fled to Transylvania. Most certainly the beginnings of the Cristuru estate of Torma family are related to this period and may be in connection with the threat of Turkish invasion. The first concrete data regarding the family's estate from this region dates from 1566, when Torma Dániel is mentioned as being the owner of the estate. In 1581 the two brothers,  Dániel and Kristóf divided the estate into two parts. In 1602 the locality was destroyed by Basta's troops  and the noble census of the following years referred to the existence of  two manor-houses in the village. In the events of war, over the period of the second half of the XVIIth century and the beginning of the XVIIIth century, the building has suffered severe damage: In 1661 the Turkish and Tatar troops led by Ali, Ottoman pasha, in mid-January 1704  the troops of baron Tiegel and in 1717 the Mongol hordes ravaged the village. The Tatars took a part of the inhabitants into captivity, along with the noble Torma Miklós.

The expansion of the building may have been made at the time of Kristóf's son, who bore the same name, in the year of 1627. In addition to the surviving stone frame, most certainly, the oldest, barrel-vaulted stone room of the cellar dates from this early period. The first military survey, made in the period of 1769-1773, contains a map that shows the manor-house as being the most important secular building, situated  at the northeast corner of the village, in the bend of the Iloșva River. The map shows a square-shaped building, with a portico at the western and eastern facade. The manor-house, inherited from the ancestors, is rebuilt in 1782 by Torma József . The building has earned its Classicist style in mid XIXth century, due to a large-scale intervention. The results of this redevelopment are the portico, built in classicist style, supported by pillars, and the façade articulation still visible on photographs of the period between the two world wars. At that time the building was covered by a baroque roof, in front of  which there was a curved driveway with brick balustrade. Most certainly the family archives may modify this sketchy story of the building.

According to historical sources, the village had another Torma Manor-House, whose location is currently unidentified. This was in the posession of another branch of the family, which included the two most famous member of the family, Torma Károly, who played a decisive role in the foundation of the Transylvanian archeological research and his sister, Zsófia.  In 1877 Torma Károly has sold his estate from Cristeștii Ciceului  to the School Fund of  Năsăud. The single-storey manor-house lies in the immediate vicinity of Ilosva River.  The building's appearance is highlighted by a portico supported by pillars, situated on the main facade facing south, towards the main street, and on the west side facade.The manor-house is made of a quare main block and a rectangular wing, adjoined to the north. Its exterior facades are simple in appearance,apart from the above mentioned portico, they are vertically divided  by fenestration. The horizontal layout of the manor-house, with the exception of the west facade and the north wing, is determined by stone plinth, which completely encircles the perimeter, and  a simple plaster decoration situated at the top af the facades. The main facade of the building is determined by a portico supported by quare pillars with simple capitals and two segmented arched windows at each side. The center of the western facade is highlighted by a portico supported by four pillars and two segmented arched doors and between them a segmented arched window. Right to the portico there is a walled up door situated between two segmented arched false windows. The eastern facade of the main block contains the same segmented arched window shape, four times. The cellar's entrance is located on the left side of the facade, and the corners of the facade are highlighted by a carved stone decoration terminating in volutes. At the junction of the main block and the north wing there can be seen a segmented arched window on the first and two jack arched windows on the latter. Besides the different forms of fenestration, the ulterior construction of the eastern wing may be indicated by the fact that the stone plinth, present everywhere on the main block, is missing from this wing, so probably this wing was built in the middle of the XX.century, after the nationalization. The manor-house is covered by a big, flat jerkinhead roof which stands instead of the Baroque roof registered in the archives. The roof was probably changed in the period of communism. The original ground plan of the building has suffered significant changes over the past half century, but the structure of the cellar still preserves the history of the construction. The vaulted cellar rooms were placed in tracts running parallel on a north-south axis: the entrance leads into a brick-valted chamber, going west it opens a barrel-vaulted chamber made of stone, from which going also to the west one may end up in a brick barrel-vaulted chamber. The various origins of these chambers are revealed not only by the differences in structure, but also the alteration of walls and masonry materials as well. The oldest part of the Manor is the stone barrel-vaulted room, which most probably dates from an early construction period. This was expanded by the vaulted part in Barouqe style, most likely in 1782, when other stone elements of the old building were also incorporated in the cellar. This is suggested also by the carved stone parts at the foot of the stone pillars , as well as by the fragments of fenestration frame made in late Renaissance style, located near the entrance. The exact age of the brick-vaulted chaimber is unknown, presumably it is the result of a 19th-century intervention.

Similar to the cellar, the Manor's rooms are also organized in three tracts. The main axis of the building contains a large room which can be accesed trough the portico and behind this room there are two other smaller rooms. The western tract contains 3 rooms on the same axis, but each room can be reached only from the central tract. The eastern tract covers a large hall with a stage, preceded by two smaller rooms. The rooms have flat ceilings, except from the north-eastern corner room, which has a vaulted ceiling. This is covered by an elegant baroque-style vaulted ceiling, the surface of which is decorated with a recessed field. The nature of the former coffering is revealed by the beams reused in the door structure of the southern corner-room. The edges of these as well as their rosette designs place their origin at the end of the XVIIth century or at the XVIIIth century.

The building's most valuable relics are the stone carvings (years carved in stone), secondary bricked into the southern wall of the chaimber placed behind the great hall of the main axis, which provide the main clues of the history of the building. Above the southern door of the chaimber there can be seen two lintel stones of the fenestration constructed in late Renaissance style. The middle of the lower contains a late Renaissance shield with the Torma family's coat of arms, a leafy horseradish, on the sides of which traces of the initials TC are outlined, reffering to Torma Kristóf. The frame is decorated by tabula ansata, often used for Renaissance subtitles, having the following engraved inscription: [Anno D]OMINI 1593. Above it there is a similar coat of arms of Torma family and the TC monogram in an eyebrow stone frieze, bearing the inscription: A[nno] D[omini] 1627. The same decorative motifs are known in the carvings of the Stonemason Workshops in Cluj-Napoca at the end of the  XVIth century, the beginning of the XVIIth century, therefore it is likely that this stone frame belongs to that workshop. The same wall contains the walled up large baroque coat of arms, which previously probably highlighted the frontispiece of the building. Its main motif was the family's coat of arms with shell decorations in the background and the following inscription under it: AEDIFICATA 1593 PER CHRISTOPHORUM RENOV[ata] / 1782 PER IOSEPHUM TORMA DE CSICSOKERESZTUR (built in 1593 by Torma Kristóf/ renewed in 1782 by Torma József)