The building with a rectangular ground plan is perpendicular to the street and is made of stone and brick. The manor has five rooms and a porch. A pantry, a restroom and a drier was subsequently added to the northern side of the manor, this part is neglected today. A stall is also part of the estate, its northern side currently being used as a kitchen, which was built in the second half of the 19th century. According to its current owner, Sorbán Rozália, before World War II. the manor was bought from the Zathureczky family by Sántha Gyula and later in became the property of  Sorbán József, originally from Zălan. 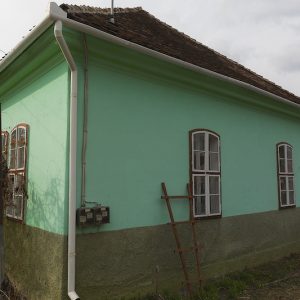