Knowing the property relations of Transylvania’s old aristocracy, it is highly improbable that the commissioner of the castle’s construction was a member of the Zichy family, who primarily owned land in Hungary; it is essential, therefore, to uncover documents relating to the estate’s newer ownership status and owners, as these pieces of information can help better understand its architectural history. 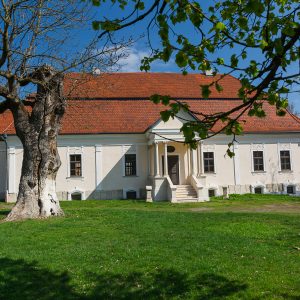 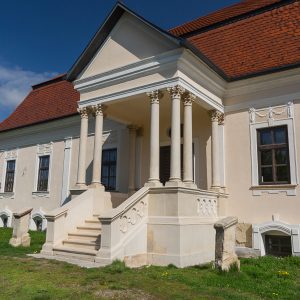 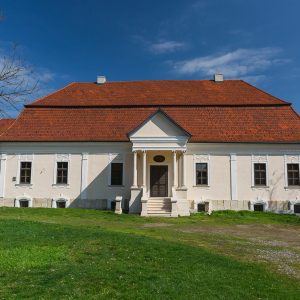 The situation is further complicated by the fact that the village was owned by not one, but several families during the Middle Ages. From our perspective, however, it is the reconstruction of the situation in the 18th century that is important: which noble family could have lived and constructed in the village at this time? The starting point for the answer to this question can be found in the autobiography of Kovásznai Sándor. Kovásznai completed his studies at the Protestant College in Marosvásárhely (Târgu Mureș). In 1751, he received a scholarship offered by Earl Bethlen László: in exchange, Kovásznai held sermons at larger festivities and lead prayers in his patron’s courtyard at Vajdaszentivány (Voidoveni). From his writings we can conclude, without a doubt, that Bethlen László lived in Vajdaszentivány, where he had an estate. Furthermore, the patron lived together with his old mother, Bethlen Györgyné Kollatovich Kata, and his two siblings: György and Kata. Putting these pieces of information together, we can place the ownership of the 18th century castle on the spread-out branches of the Bethlen family: we are talking about the descendants of György, the son of the Küküllő County Lord-Lieutenant, Sámuel (died in 1708). György had three children with Kollatovich Kata: László, György and Kata. From the writings of Rettegi György we know that Bethlen György the Younger died unmarried in 1778. László was also unmarried at that time.

Several written sources point to the fact that, by the turn of the century, of the Transylvanian aristocracy, it was Kemény Sámuel and his wife, Bethlen Kata of Iktár, that lived in Vajdaszentivány (The letters between Bethlen Zsuzsanna of Iktár and her husband, Chancellor Teleki Sámuel, often allude to the fact that Kemény János and his wife were staying in Vajdaszentivány; Kemény sent a letter to the Marosvásárhely magistrate from Vajdaszentivány in 1813, etc). From these written sources, as well as the memorial plaque from the local Protestant church, we can conclude that the manor was the heritage of Kemény Sámuel’s wife from her mother Bethlen Domokosné of Iktár, born Bethlen Kata of Bethlen (the aforementioned sister of László and György). During his time, Kemény Sámuel (died 1817) was an important public figure in Transylvania; he completed his studies in the 1780’s in Leipzig and Göttingen. He started his public career under József II: from 1786 he was the vice-ispán of Belső Szolnok and Doboka Counties, from 1790 he was the Lord-Lieutenant of Torda County, from 1795 he was the Royal Advisor, and later assumed the role of Chief Justice. He obtained the title of Earl in 1804. A stone pulpit, commissioned together with his wife, stands in the Aranyosgend Protestant church, his widow later commissioned the construction of a church and a clergy house for the Szekérberet Protestant Congregation in 1830. Their children: Miklós, the Lord-Lieutenant of Aranyosszék (died in 1829, without descendants); Sámuel (died in 1861, without descendants) a member of the National Assemby, well-known public figure during the middle of the 19th century, one of the initiators of the establishment of the Transylvanian Museum; and Kata, who later became the wife of Kun József. Their descendants inherited, in fact, the fortunes of Kemény Sámuel. Kata’s granddaughter, Jozefina Katalin Karolina Vilma, married Zichy István in 1880: this is how, by the end of the 19th century, the manor became the property of the Zichy family.

Based on the history of ownership as well the available physical evidence, there are a few conclusions that can be drawn. Based on its stylistic appearance, the long wing of the building, defined by its arcaded porch seems to be the oldest part of the castle, and it may have been the seat of the Bethlen family. It should be noted that the first Austrian military survey (1769/1773) already registered a long building, which could very easily be this wing. The main building, accentuated by its portico, can be viewed as the newest part of the building based on its stylistic appearance, what is certain, however, is that the building was heavily modified at the beginning of the 19th century. The lesenes decorated with triglyphs and the garlanded eyebrow lintels are most likely the designs of foremen working in Marosvásárhely at the beginning of the 19th century. Accordin to Biró József, the family crest of the Bethlens from Iktár was still visible in the tympanum of the portico between the two world wars. The construction or reconstruction can therefore be attributed to the names of Bethlen Domokos of Iktár, or his daughter Kemény Sámuelné born Bethlen Kata of Iktár. To answer this matter with certainty would require detailed examinations of the walls as well as new archival discoveries. The building complex is composed of two separate and essentially different structures: a north-west orientated wing with an arcaded porch facing the courtyard, and a building lying to the northwest of the first one, with a rectangular layout and a pillared portico complete with tympanum. The north-south orientated long wing, the so-called “long castle” lies along the line of the Luc creek. The building’s cellar is carved into the side of the slope; the eastern facade is therefore two-storeys high, while the western arcaded facade facing the courtyard is only one-storey high. A tiled jerkinhead roof covers the building. The windows on the eastern facade are positioned along 16 axes in an asymmetrical arrangement. The upper floor is baroque in its essence; its wide windows are accentuated by plaster frames with keystones, and have symmetrical, deep openings. The two floors are separated by a simple plastered string-course, the cornice has many sections. The windows and entrance to the ground floor have been modified over the years: presently there are six small, rectangular windows on the southern side, and larger windows, as well as two entranceways on the northern side. The last two openings along the northern axes are ornate with plaster frames containing keystones. The baroque appearance of the building is mainly conferred by its semi-circular arcaded porch facing the courtyard. The arcaded corridor is separated from the courtyard by a balustrade, broken by a few openings carved into the stone at certain axes. These openings are the result of modifications during the second half of the 20th century: photographs from the 1960’s show that the movement avenues for the corridor were very different from the ones we see today (there was no entrance at all at the middle section of the facade), several of the then open arcades have since been walled in. Today, a window with a plaster frame containing a keystone opens from the northern facade, and the entrance to the cellar opens from the southern facade.

The second manor-building, accentuated by its portico, is found on the northern part of the estate, to the northwest of the “long castle”. It has a rectangular layout, a ground floor, and two small extensions on its narrow sides. It is covered with tall baroque-style mansard roofing. Its main facade is divided into seven axes, the main entrance opens at the central axis, and the portico is located in front of it, with the tympanum resting on eight carved stone pillars. The beautifully carved Corinthian pillars are further enhanced by the arched abacus plates ornate with rosettes. The portico is accessible through the small staircase starting from the main facade. The solid balustrades on the two sides are segmented by a classicising late baroque string course. The portico is covered by a gable roof, and the resulting triangular gable was once ornate with the crest of the Bethlen family between the two world wars. The six windows of the main facade are accentuated by simple sills and string-frames with keystones, while the lintels are composed of string ornaments with rosettes.

The main facade is segmented by simple lesenes, with triglyph-like ornaments on their upper parts. (Similar capital-imitations that can be traced back to a poor understanding of classical architectural shapes can be found at the Roman-Catholic church from Marosszentgyörgy; Ignaz Schaffner, 1822, and at the remaining pillars from the already demolished courtyard wing of house nr. 54, Rózsák tere, Marosvásárhely (Piața Trandafirilor, Târgu Mureș) The thin ledge composed of disks, situated above the lesenes, is followed by an empty frieze part, and by a richly segmented cornice after that. The building’s posterior, northern facade is divided into nine axes, has seven windows with similar ornamentation to the ones from the front, as well as two doors which are later additions to the building. The upper section of the posterior facade is partly framed by rounded plasterwork. The ornamentation of the two small sections joined to the eastern and western sides of the main building completely matches that of the main facade; their walls are lined with false windows, as well as entrance ways that have been cut into the walls during the 20th century.